Yesterday, the “Creativity Stork” flew by, delivered a serious dose of inspiration and I wrote a draft of the first chapter of the next book. The “Stork” is now sitting outside my window waiting for me to continue. Put it this way, today I didn’t write and the “Stork” is not impressed. Let’s be honest, creativity and inspiration are everywhere and often arrive daily. The important thing is to do something with them, which technically means sitting down and actually writing. The fact that I’m writing this post and not my next chapter is just making the “Stork” shake its head in a woebegone fashion. It’s called procrastination and the “Stork” understands, but is crestfallen nevertheless. Still, awareness is 50 % of the solution, so I’m half way there. Tomorrow I will hang out with the “Blue Heron of Commitment”. 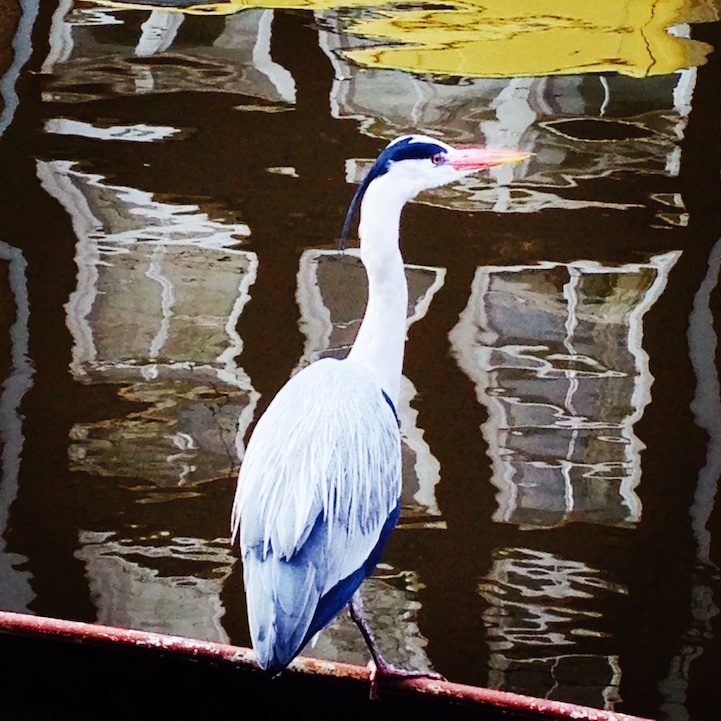 We have gone live, online and out there, up and running and being read.

It has been a group effort – the Muse, me, the publisher GB at ItalianNotebook Press, the editors, the graphic designer who designed the final cover, the artist (Jean) who painted the original cover (see below) and the friends – those who read, and especially those who laughed while reading, those who commented, those who inspired different characters in the book (excluding the murderer!) and those who taught me how to make risotto.

After being a writing hermit for quite a while, I realized that in reality it takes a community to write a book. Inspiration, spell checks and support are fundamental. When there is another reader at the other end of the page, it feels less like a desert and more of a creative jungle. It’s still a  journey through the rain forest, but there are also more companions, often camouflaged, shade and bananas to snack on.  Here’s a quick link of the book, “The Revenge of the Milanese Butcher”, on Amazon.

Obviously not as far back as the typeface from the 1800s from the photograph, but four years back when The Muse landed with the character of Gertrude Wine. The name inspired by  Gertrude Stein mixed with a wine tasting glass. The mystery evolved to include food, Milan, underground tunnels and an interesting love quadrangle.

Finally, we’re a few steps away from publishing the eBook on Amazon. Cover art next up and all the links and technological connections, but for now, a toast to way back when…